EAST MEETS West in the healing philosophies of Chinese medicine, in eastern Asia, and those of Ayurveda, native to India, Tibet, and other countries in southern Asia. Logically, it might seem that these two systems of medicine would differ from each other, given the diversity among the cultures that embrace them. The reality is that at their roots they are more alike than not.

In my book, Making Complementary Therapies Work For You, (Polair Publishing, London) I explore various systems of alternative healing including Ayurveda,Traditional Chinese Medicine , Homeopathy, Flower Remedies and Meditation. What is not a surprise is the discovery that in many cases, the philosophies of Ayurveda and Traditional Chinese Medicine are not the only therapies that have similarities at their roots but that the core philosophies of several other non-traditional  therapies cross boundary lines, showing us one more time that who and what we are is inner-connected.

Ayurveda itself  ‘is a comprehensive system of medicine that combines natural therapies with a highly personalized approach to maintaining health and the treatment of disease. It places equal emphasis on body, mind, and spirit, and strives to restore the innate harmony of the individual’. Ayurveda’s philosophy, like Traditional Chinese Medicine, focuses on the subtle energy that exists in all forms of nature, both organic and inorganic. Its practice extends further to our thoughts and emotions, through the inclusion of yoga and meditation, both of which have an effect on our state of wellness.

Authoritative texts tell us that Ayurvedic medicine originates from an oral tradition that organized the fundamentals of life into a system, what we know today as Ayurveda. A word from Sanskrit, the ancient root language for most of Europe and Asia, Ayurveda (I-your-vay-da) translates as ‘science of life’: ayur meaning life, and veda science or knowledge. This wisdom is at least 5,000 years old and handed down from the great seers of India, known as Rishis.

The core of Ayurvedic medicine is the concept of three major doshas, known as Vata, Pitta, and Kapha.  Each dosha is a combined vital energy that reflects two of the five elements we find in tantric philosophy. Vata is a combination of air and ether, with air predominating.  Pitta combines fire and water, with fire predominant,  and Kapha combines water and earth, with water as the primary element.  In Ayurveda, the doshas and the state of their balance are responsible for all that goes on within us, both physically and psychologically.  As in Traditional Chinese Medicine, this balance affects how we relate internally to ourselves and externally to the environment around us.

The ultimate goal in Ayurveda is to help the individual maintain a state of balance between the three doshas, with particular emphasis on maintaining balance in the predominant dosha. 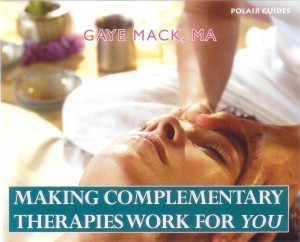 Available on Amazon.com or through SCB Distributors www.scbdistributors.com