Aside from the better-known places of legend with their struggles between church and crown, I am also very fond of this island’s offerings that are remote, lending themselves to the active imagination.   The Cornish coast is just such a place.  Not exactly a time saver to get to (maps are deceiving!)… it is a bloody long way down the road from London,(think days…so it seems) but well worth the trip!   Having visited Cornwall a few times over the years(first in 1980), it is one of those places where you just can’t get enough of the land, the sea and the myths!

Cornwall is ancient, very ancient…it’s energy is ancient and like many places around this island, you can easily fall into time traps…a few years ago, a friend and I (we who consider ourselves pretty savvy travelers) got lost…inexplicably lost, on Bodmin Moor within a very small radius….to this day we have NO idea how this happened….fortunately our OS Map came to the rescue or we might still be there with the faries!

Myths tell us that the north coastal town of Tintagel is the place where Merlin kept his crystal cave, made so famous in the 1970’s fantasy novels of Mary Stuart(hmmm is she a direct descendant of THE Mary Stuart, one wonders?)  And that  is possibly the location of King Arthur’s Camelot, his birthplace, etc.etc….although the Welsh take exception, the local Tintagel merchants apparently ignore this as Arthur and company are very much alive and well in Tintagel. 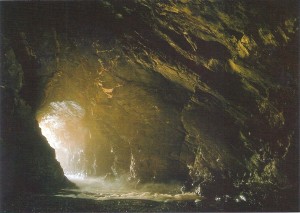 What I can tell you is that the climb up the steep slopes to the remaining  foundations of Tintagel Castle is not for the faint of heart, but like the journey to Cornwall, it’s worth the effort!  The views are spectacular on a clear day…and positively spooky when it isn’t.  I kid you not,  as you look out from a high precipice at the endless scope of blue sea before you, with your feet placed in the stone depression on  the very spot where  legend tells us the Cornish kings were crowned a thousand years ago, you are easily transported back in time! It’s hard to come back to the present. 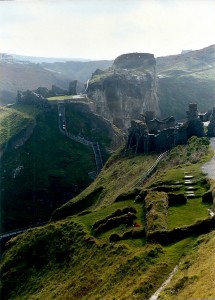 But Tintagel, Merlin and King Arthur are not all that is Cornwall, by far….You could spend weeks exploring this part of Britain….there are smuggler’s coves dotted with lilliputian inns, Pirates in Penzance (particularly at the Admiral Benbow pub!) sacred wells, (and don’t forget the moors!) standing stones, roads so narrow not to mention so steep in some parts that make Filbert street in San Franciso look whimpy.

All in all Cornwall is a magical place….perhaps that is why they have their own language and have tried to separate from England for hundreds of years!  If you don’t have a great deal of time, one of the easiest ways to get down there is via fast train from London’s Paddington station (first class is very worth the cost).  The trip is about five hours one way and there is an Enterprise car rental location right at the station…just don’t forget your maps! 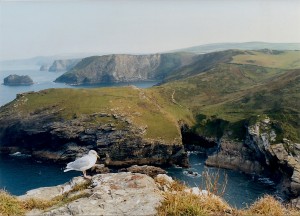