In conventional and evolutional astrology, Pluto is often looked upon as the ‘bad boy’, ‘the cosmic 2×4’ and not infrequently, phrases inappropriate for a blog post.  Why is this?  When Pluto is ‘transiting’ (hitting) a sensitive point in our charts, such as our Natal Sun, Moon, or Ascendant, (and there are others depending on the blue print of one’s individual birth chart), Pluto will ‘clean out’ that which is no longer useful.  As human beings, change can be difficult filled with unknowns and risks which is why we resist… ‘better the devil you know’, etc., etc.

But when we hang on, we aren’t growing.  The phrase, “change or be changed” is very Plutonian and whether we like it or not, the energy of Pluto’s outcomes are necessary for our soul growth.  Plutonian energy asks the hard questions:  What needs to go? What price are you paying for hanging on? What do you no longer need to defend or be defensive about?

And, because Pluto is one of the slow moving planets, its energy gives us plenty of time to ‘get the message’ and adjust.  “Wake me when it’s over,” is a phrase that readily comes to mind.  But ideally during a Pluto transit, it’s much better if we’re awake and aware of what we need to change or what shifts we need to make in our selves, in our lives…letting go rather than resisting which invites Pluto’s 2×4!  Such needed changes can manifest materially, emotionally or both; it all depends on the evolutional message reflected in the birth chart.

Edward Bach’s Chicory remedy is one of his original ‘Twelve Healers’ which I identified as deep soul type remedies in Igniting Soul Fire-Spiritual Dimensions of the Bach Flower Remedies.  Thus, like Pluto’s action, Chicory can affect us at our deepest levels.

From an emotional perspective, Chicory is a good bedfellow for those times when Pluto’s energy cranks up the heat in our lives.  As a flower, Chicory is that blue flower that grows alongside the highway.  Entrenched, it miraculously emerges out of concrete and gravel. Mimicking the signature of the flower, the energy and behavior of the negative Chicory state is also entrenched.

Typically narcissistic, negative Chicory uses emotional manipulation to get what it wants; “I’ll love you more if you…” or “how can you do this to me after everything I’ve done for you,” are common attitudes in the negative Chicory state. In other words, control and neediness are the motivators which predictably have the potential to drive others away, leaving the individual in a state of lonely isolation.

On the other side, the  action of the Chicory flower remedy helps us let go of our fear-driven controlling behaviors so that we can receive and embrace what we need for our soul’s evolution. During a period of ramped up Plutonian energy in our charts, this remedy can shift our perspective to an awareness that supports recognition of what’s holding us back and what needs to go in order to pursue the positive.

In the coming months I’ll be revisiting the dynamics of Pluto’s energy with other flower remedy considerations as June will bring in the first exact Pluto square to the disruptive energy of Uranus…the planet of rebellion and vision of future strategies.  The forthcoming series of these tight and highly charged squares will affect everyone internally and externally as well as on the global stage.  While change should not be viewed as negative from an evolutionary perspective, we will need to fasten our seat belts and have our remedies within reach! 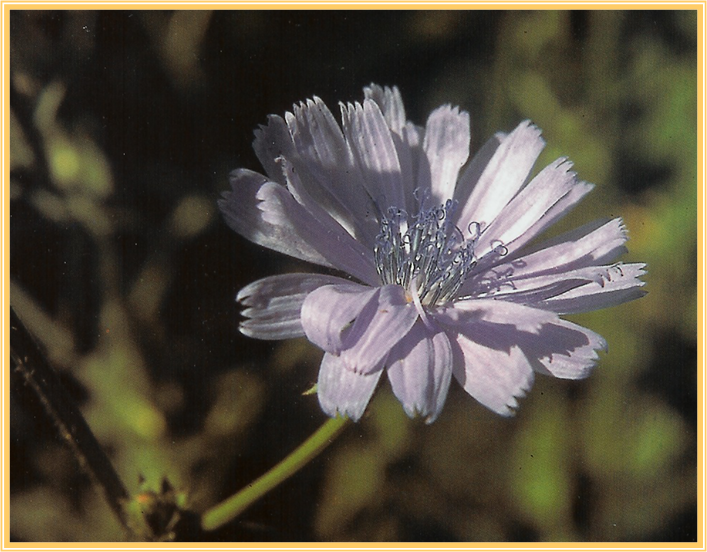