LEO’S NEW MOON-TIME TO WORK FROM THE HEART WITH HELP FROM DR. BACH’S WILLOW AND WALNUT FLOWER REMEDIES

Friday, August 17th calls in the new LEO moon, the roaring lion of the zodiac.  Inside of a month, we’ve now traveled from the opposite, expansive full moon in Aquarius, that urged us toward courageous, revolutionary thinking with regard to our creativity and perceptions. Now we have come half way around the circle to the spot where Leo’s moon and sun sit together on the launch pad of new possibilities and mindset.

As I wrote in the full moon blog post, Leo works from the heart when the lion is in his/her glorious fullness, shinning like the sun to which this sign is astrologically connected.  However, for each of us this life is anchored in one or more Karmic Contracts grounded in relationships, reconciliations and life missions, interconnected more often than not, with the purpose of impacting soul growth and evolution for our and this planet’s, greater good.

But because we are human, none of us escapes from our metaphorical hearts being hurt.  Losses, shattered dreams, unrealistic expectations, compromised skills of discernment…these ‘matters of the heart’ all bear grief…such life experiences impact each and every one of us.  For some, these experiences are repetitive bearing deep pain. When this happens self-pity, bitterness and resentment wait in the shadows making it difficult to pick oneself up, dust off and carry on.

During 1934-35 Dr. Edward Bach discovered the ‘final 19’  of his famous 38 Bach Flower Remedies, declaring that these ‘19’ functioned at a ‘higher vibration’ (and therefore deeper) than the earlier discovered 19; the remedy Willow was among these discoveries.   Willow  comes from the ‘weeping willow’ tree with its boughs that bend so sadly over water.  If one is a student of the ‘Doctrine of Signatures’ philosophy, it’s easy to see why this is the remedy for positively shifting the perceptions of self-pity, resentment and bitterness.  Several years ago I had a female client who through various circumstances of life had worked herself into all three of these mood states.  After adjusting her remedy formula several times I decided to add Willow; the outcome was dramatic within days, which sometimes but not typically, happens so quickly.  She called me crying, saying “I realize I’ve been sabotaging myself and that I have a piece in my outcome.”  This self-realization and accountability was most definitely the action of the Willow, giving her a new lens that allowed her to move forward in a positive manner.

So now we have this wonderful new moon of Leo’s energy encouraging us to take charge of who we really are at the HEART of our being.  As I blogged nearly a year ago (see the 9/24/11 posting) on Dr. Bach’s remedy Walnut, I won’t belabor it here again other than to say that Walnut is THE remedy for making such changes, as in Dr. Bach’s own words, Walnut is “the Remedy for those who have decided to take a great step forward in life, to break old conventions, to leave old limits and restrictions and start on a new way,”

What perfect remedies for this Roaring new Leo moon! 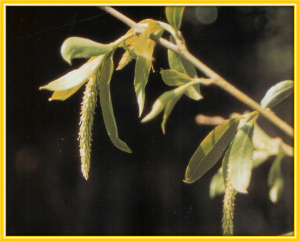 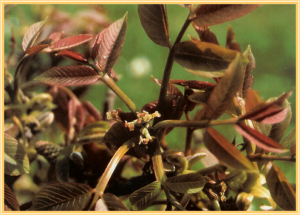