THE HOLIDAYS~ EASING THE PAIN OF GRIEF FROM THE PAST WITH DR. BACH’S GORSE AND HONEYSUCKLE FLOWER REMEDIES

For those of you familiar with this blog, you may wonder if I’ve totally abandoned writing about medieval England.  The answer is, not at all (speaking of the past)!  The fact is there’s been so much astro-news and the energy that’s come with it, I’ve felt it more important to offer information on these events as well as supportive suggestions regarding Dr. Bach’s remedies, than writing about 900 years ago.  This said, for those of you ‘history buffs’, for certain I’ll be retrograding back to the 12th century in future, but not quite yet.

With the holidays upon us, rather than a time of joy, for many it triggers the painful emptiness that accompanies loss of the tangible and loss of hope.  Hopefully, most if not all of us, recognize that grief is part of the human condition; nevertheless ‘knowing’ doesn’t make it less painful when it happens to us. Knowing is mental, grief is certainly emotional.  The experience of this emotion comes in many packages but the common denominator is that it’s always triggered by some type of loss; loss of a loved one, shattered dreams, loss of job, home, expectations…loss of hope; any, some or all of the above.  Some embrace it, others try to ignore or acknowledge it…and some of us have no conscious awareness that grief is what we ‘are in.’

It isn’t unusual for people to be in a state of grief, recognized or not, for years.  Under such circumstances, this emotional state takes a tremendous toll on the central nervous system which in turn, affects the entire network.  Eventually we can ‘short out’.   We’re brought to our knees in some manner and yet have no idea why our body is abandoning us. Externally, remaining in unchecked or recognized grief, we are unable to manifest our greatest good, the evolutionary intention or agenda of our Soul.  Either way, the outcome is not a rosy one.

Following Dr. Bach’s early 1930’s discovery of his famous, ‘Twelve Healers’(which he originally called ‘The Twelve Great Remedies’), he went on to discover his ‘Seven Helpers’, an additional seven remedies, Gorse being among them.  At that point, Bach believed his work was finished…except that it wasn’t.   It’s unlikely we’ll ever be certain what specifically inspired Bach to continue his work, as it’s well known that he burned most of his notes before he died…another story.  What we do know is that between 1934-1935 he went on to discover his ‘final 19’ remedies, including Honeysuckle.   These 19 remedies he deemed as being in a higher class of plants that were  ‘more spiritualized’, “having the power to elevate our vibrations, and thus draw down spiritual power, which cleanses mind and body, and heals.”

Bach’s remedy Gorse which comes from the exquisite plant of blazing golden color is specifically for ‘loss of hope.’  For those who find themselves in the ‘negative’ Gorse state, there’s  no light at the end of the tunnel, there’s nothing that will make it better, nothing that will help change whatever ‘it’ is for them.  Over the years I have seen and have myself experienced, the powerful effect the Gorse remedy can have on ‘lifting’ the individual out of such a depressive state.  It’s as if the vibration of the remedy floods the heart and soul with golden light and hope.

Honeysuckle is all about the past; this state can manifest as a chronic ‘pining’ for times when things were much better or it can be about  grief for what was.  In this case, the individual simply can’t shake loose of the loss or the memories. For those who’ve lost a loved one, the Honeysuckle state is far deeper and can develop to the point of wanting to ‘join’ the loved one on the ‘other side’.  No matter how this state specifically appears, the issue is that the person is not ‘present in the present.’  Honeysuckle as do all the remedies shifts the perspective.  When particularly used in tandem with Gorse, these two remedies have the ability to help the individual leave the past behind and embrace the present with hope and joy for a better future.

So, particularly at this time of the year when old memories or yearnings threaten to become too much to bear, think of Dr. Bach’s Gorse and Honeysuckle to support you through the holidays…or any other time when memories become difficult. 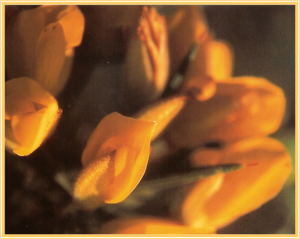 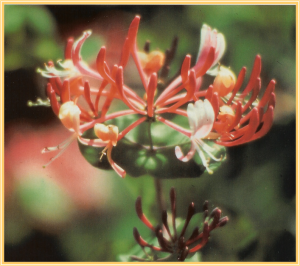