Last Friday as we watched, listened or heard about the events unfolding at Sandy Hook’s elementary school, time seem to stop.  As a nation we were stilled,  frozen in  horror that such a diabolical event was reality rather than fiction.  My instant reaction was visceral rather than mental.  It carried the same energy as the bombing of the federal building in Oklahoma City, Columbine, certainly 9/11 and sadly, so many others.  This morning is the first time since Friday that I’ve watched the news as Friday’s coverage was enough for me.  I watched this morning, hoping the initial  impact, my thoughts about  the tiny victims, those who died with them and those left behind three days later might have lessened; they have not.

I’ve written about Bach’s Star of Bethlehem before; you can find those entries listed under my ‘Balance’ category.  Nevertheless, I feel revisiting  this remedy might be useful  in light of this horrendous tragedy.  There was a reason Dr. Bach included it in his famous ‘Rescue Remedy’; as a Bach practitioner for nearly 20 years, to this day I believe it is one of, if not the most powerful remedy within the 38…it IS the ‘umbrella’ remedy. This said,  I’ve included here, an excerpt about ‘Star’ from my book, Igniting Soul Fire~Spiritual Dimensions of the Bach Flower Remedies:

“If there is one remedy that represents the Divinity found in each of the remedies, it is ‘Star of Bethlehem’. This remedy is the remedy of comfort for pains and sorrows, according to Bach.  Traditionally always given for shock, trauma, and grief, this essence seems to promote a release from the wounds that cause us the deepest of hurts. Physical traumas heal; but inasmuch as we are spirit in body, the wounds that cause us the deepest grief are those rooted within us emotionally.

These wounds have a symbiotic relationship to Star of Bethlehem that is divinely healing. On the spiritual level, the flower, Star of Bethlehem presents a balanced image of six perfect petals of white, evoking the image of the spiritually-significant six-pointed star, the perfectly counterbalanced triangles, the phrase ‘as above, so below’ and the culmination of the colors in the spectrum. As a practitioner, I have heard this remedy referred to as the ‘ultimate healer of all wounds’ and ‘the Divine Mother essence’.  In other words, it is truly a remedy for a heart in distress.”

Dr. Bach said of Star of Bethlehem:  “For those in great distress under conditions which for a time produce great unhappiness.  The shock of serious news, the loss of someone dear, the fright following an accident… For those who for a time refuse to be consoled, this remedy brings comfort.”

As we hold the families, the first responders, the support professionals and certainly the ascending souls of the tiny ones and their protectors in the light, we can call on Dr. Bach’s Star of Bethlehem or  ‘Rescue Remedy’ ,  which contains ‘Star’, to bring us support and comfort. 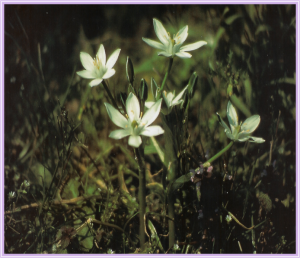