While I’m  drawn more to England’s 12th & 13th centuries, it’s nearly impossible to ignore King Henry VIII’s murderous assault on  his kingdom’s religious houses.  His rampage was so vile and its impact on the course of history so indelible, it boggles the mind to remember that Henry’s zeal was sparked by the love for a scheming woman and let’s be frank, his greed for the booty held in the monastic treasuries!  One particularly brutal example is found in my post detailing  the brutal murder of wealthy Glastonbury Abbey’s last abbot, Richard Whiting in 1539.

However this said, admittedly I’ve never given much thought about what happened to the Tudor nunneries!  Were the women as brutally treated?  Fortunately , Nancy Bilyeau, historical fiction author of The Crown and  newly released sequel, The Chalice, has.  In a recent article,  Nancy discusses how she came to create her books with particular attention to the historical fate of  Dartford Priory, England’s only Dominican house which was located in the county of Kent.  Thus, I’m happy to welcome Nancy as my guest by posting a portion of her fascinating article which can be read in its entirety as it appears in the Catholic Herald

I chose the sole house of Dominican Sisters in England, Dartford Priory, as the home of my protagonist, the fictional Sister Joanna Stafford. A priory of “strict discipline and plain living,” it was founded with great care by Edward III in the 1350s. The women who took vows at Dartford were from the gentry or nobility. There was even one princess: Bridget of York, the youngest daughter of Edward IV. Daily life was spent praying, singing, studying, gardening, sewing and teaching local girls to read. Twice a week the Sisters distributed alms to the local poor. The prioresses were learned and formidable women. Elizabeth Cressner, who died in 1537, oversaw her house of nuns with tremendous vigor for 50 years.

When the king’s commissioners visited Dartford Priory they did not find a house in decay. In 1535, the Valor Ecclesiasticus put the net annual revenue of the monastery at a robust £380 9s ½d. The number of nuns had not declined over the last century, but held at a steady number. I have not been able to find any contemporary reports finding fault with Dartford.

Yet in 1539 Prioress Joan Vane “surrendered” the priory to the king and it was demolished. Why? Most likely because closure was inevitable – by that time almost every other abbey had been dissolved – and those who resisted faced royal savagery. Abbot Richard Whiting, 81, refused to surrender Glastonbury in 1539. He was arrested, imprisoned in the Tower of London, convicted of treason and dragged on a hurdle to the top of Glastonbury Tor. There, he was hanged, drawn and quartered, his severed head nailed to the gate of the deserted abbey. You can certainly see why most of the monastics submitted to the will of the king.

After the nuns of Dartford were evicted from their home, they received small pensions. Although the stereotype of a medieval nun is someone who is pressured to take vows, some of the Dominican Sisters continued to live together in groups because they did not want to abandon their vocations.

When Henry VIII’s oldest daughter, Mary, took the throne, she granted the Dominican nuns’ request to re-establish their order in Dartford and seven nuns moved back in. But this restoration only lasted as long as Mary lived. Elizabeth’s officials ordered the nuns to leave. They did so, joining some of the last remaining Sisters of Syon Abbey. Mary’s widower, King Philip, quietly paid for the group to leave England for the Netherlands. They went from convent to convent, suffering poverty and ill health. In Paul Lee’s book, Nunneries, Learning and Spirituality in Late Medieval English Society, a letter from someone who saw the Dartford nuns in 1561 in a convent on the island of Zeeland says: “These are the most elderly of all the religious and the most infirm, and it seems that they are more than half dead.” But they hung on for quite a bit longer. The last of the Dartford nuns died in Bruges in 1585. 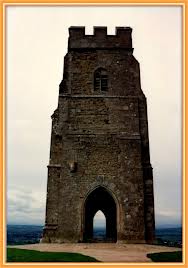