THE MYTH OF THE CATHAR TREASURE

History, especially ancient desert and medieval history, abounds with myths and legends such as Hermes and the Philosopher’s Stone, Glastonbury Abbey, the Holy Grail, Merlin, King Arthur and the treasure of the Templars, just to name a few…and then there is the legend of the Cathar Treasure.

According to author and Cathar historian, Zoe Oldenburg, by the end of the twelfth century, the Cathar movement of the Languedoc had amassed a considerable fortune.  To begin with, the majority of Parfaits were men of substance who turned over their property to the church.  In addition, there were also credentes, ‘rank and file’ members, who left legacies of their entire fortunes to the church. And, while living, many credentes made generous donations of cash, land, houses and even chateaux.  While the Parfaits never broke their vow of poverty according to Oldenburg, they accepted all donations which were then put to the best use in the interests of the church.

While such amassing of property and goods certainly would be considered a ‘treasure,’ references to ‘The Cathar Treasure’ often imply that it was something of far more importance and legend such as the Holy Grail… which of course has never been found.  Speculative circumstances surrounding the Treasure’s disappearance often tell of it having been hidden some two months prior to the fiery execution of  two hundred-plus Parfaits on March, 1244 at Montseguer. Possessing the secret of the Treasure’s hiding place, three Parfaits and another man, possibly a mountain guide, escaped the flames on the night of March 16 by repelling down the side of Montsegur’s pog.   The men then hid in caves protecting the secret and were never discovered.

Oldenburg surmises that the Cathar cache consisted of goods for trading as well as gold and silver coins; this certainly makes sense given the atmosphere of persecution and brutality of the times.  However, perhaps even more precious to the Cathars was that for them, the Treasure consisted of their most sacred books and writings which were critical in helping maintain allegiance to their dogma and tradition.  This possibility makes even more sense as literature in the early middle ages onward, was considered as precious as gold in many cases.  Whatever the truth is, to this day the location and substance of the Cathars’ Treasure remains a mystery. 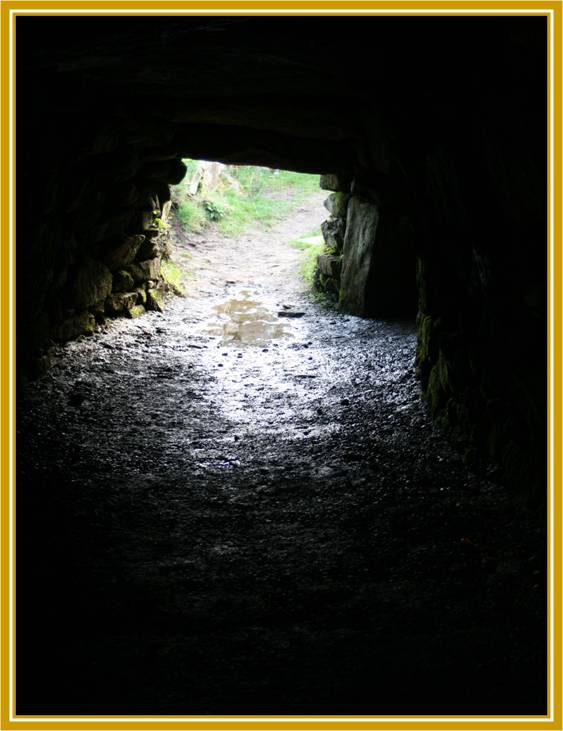