RELIC OF JESUS’ CRUCIFICTION CROSS FOUND OR MORE OF THE SAME?

Admittedly, the time frame here is far earlier than the 12th or 13th centuries I’m used to exploring and writing about, but yesterday’s piece in Huffington  was just too good to pass up here for those of you who missed it on Facebook, Twitter, Google Plus and every other social media outlet on the planet.  This said, once again a flurry of active speculation amongst archaeological and religious academics pitted against the faithful is sure to escalate.  As I’ve commented earlier, it seems that we’ve entered an era of, to borrow Hilary Mantel’s latest book title, ‘Bringing Up the Bodies‘(and everything with them), non-stop

Recent memory zooms to the controversy over remains now concluded to be England’s diabolical(depending on your point of view) King Richard the III.  This excavation was closely followed by discovery of remains speculated to be those of England’s more venerated king, Alfred of Wessex (the jury’s still out on this one as far as I know.)  Nevertheless, the contemplation of ‘what if’ continues to intrigue us.  However, it’s important to keep in mind that discovery of and hawking of, ‘authentic relics’ which are nothing more than fakes is big business that’s older than Methuselah that continues to flourish around the globe.

Still, every time such events are splashed across the media, many of us yearn in hope beyond hope that the real deal has been discovered…it does happen. As for the current ‘discovery’ at hand, we’ll just have to wait…but who knows?  There are so many treasure ‘truths’ waiting to yet be discovered and questions answered…Excalibur, the Grail, the mystical portal protected by the Sphinx, Nazca, Atlantis, Avalon, the pyramids, Stonehenge …

In the meantime we can muse on the latest news from Huffington, et al:

“Archaeologists working in Turkey believe they have found a piece of the cross that Jesus was crucified on.

While excavating the ancient Balatlar Church, a seventh-century building in Sinop, Turkey, on the shores of the Black Sea, they uncovered a stone chest that contained objects that may be directly connected with Jesus Christ.

We have found a holy thing in a chest. It is a piece of a cross, and we think it was [part of the cross on which Jesus was crucified]. This stone chest is very important to us. It has a history and is the most important artifact we have unearthed so far.

The stone chest has been taken to a laboratory for further testing. However, the appearance of the chest suggests that it was a repository for the relics of a holy person, according to the team, who showed reporters at the site a stone with crosses carved into it.

Many churches claim to possess relics of the so-called “true cross,” though the authenticity of the items is not fully accepted by scholars and scientists. Protestant theologian John Calvin noted that, “if all the pieces that could be found were collected together, they would make a big ship-load,” referring specifically to the cross. On the other hand, the 19th-century French archaeologist Charles Rohault de Fleury supposedly said that all of the cataloged relics would only make up less than a third of the mass of a roughly 12-foot-high cross.

But what originally happened to Jesus’ cross, and why has it turned up now? Legend says that Emperor Constantine’s mother, Helena, found the cross in Jerusalem and distributed pieces of the wood to religious leaders in Jerusalem, Rome, and Constantinople.

Balatlar Church, built in 660, has proved an especially rich dig site, as Köroğlu mentioned that in addition to the stone chest, her team has found the ruins of an ancient Roman bath and more than 1,000 human skeletons since they started working in 2009.” 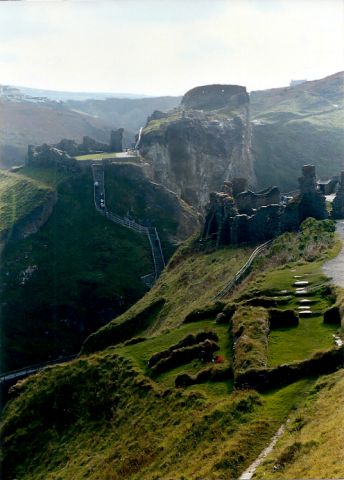