On the heels of the powerful Full Moon in Aries last Friday, little Mercury, ‘messenger of the Gods’, ‘director of all forms of communication’, begins its final retrograde motion of 2013 today as it appears to back up in its orbit until November 10th.  On the practical level as always with a Mercury retrograde, it’s wise to make certain that  computers are continually backed up,  messages are double checked  before we hit ‘send’ or ‘delete’, details of appointments are re-checked  and that we are conscious of what’s coming out of our mouths.  When Mercury turns retrograde, it tends to play havoc with all forms of communication whether they be external or simply a mind that just will not STOP…this is Mercury’s energetic MO.

However, this time there’s a further catch.  While speedy Mercury normally moves quickly through a sign, this time it hangs around in what Steven Forrest refers to as ‘Spooky Scorpio’, the sign of those things ‘hidden’, until December 5th.  Even after it goes direct in motion, Mercury remains here, giving us more time to feel at the depths of our Soul,  where Scorpio demands we come face to face with our truths.  At first glance, it would seem that the planet which rules the mind, communication and thinking paired with the sign of depth, feeling and truth, would seem a very odd pairing.

However, when any planet shifts into ‘retrograde’ motion, the message is to contemplate; to better understand the particular part of ourselves represented by the planet’s energy and the messages of the sign its occupying.  In this case we’re mentally encouraged to consider different perspectives of the past, perhaps where our mind demanded control, running roughshod over our innate intuition.  In the silence of Scorpio’s depth during Mercury’s retrograde and post-retrograde period where it remains for a time in Scorpio, we’re offered the opportunity to step back and shift perceptions, to ‘let go’ of reactions and thought processes that no longer serve or benefit our evolution.  Such shifts can lead us then to alternative actions in the future that support our growth and ability to manifest our greatest good.

Thus, during a Mercury Retrograde as I’ve written previously, Dr. Bach’s flower remedy Cerato can be very helpful.  Like all of the remedies, Cerato can re-balance temporary or situational mood states but it’s also one of Dr. Bach’s original ‘Twelve Healers’ and therefore a Soul Type.  While one may not be a Cerato Soul per se, those who have Mercury significantly placed in their chart are particularly subject to Cerato’s shadow energy which distrusts innate wisdom.  As a result, trusting one’s own knowing is very difficult if not impossible.

During Mercury’s retrograde motion where the message for everyone is to quiet the mind and mouth, Bach’s Cerato can act as a catalyst, shifting our perspective from the external to the internal.  It can take us down to our depths where Scorpio waits for us to face our truths and acknowledge our feelings.  Such excavations are scary territory, but if we call upon Cerato, its gentle energy will support us in our efforts to go forth where we can come to ‘know’ the wisdom that is ours and to trust it. 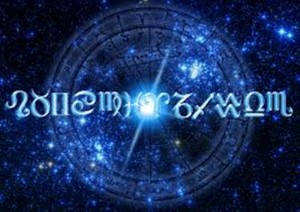 MYSTERIES OF THE UNIVERSE 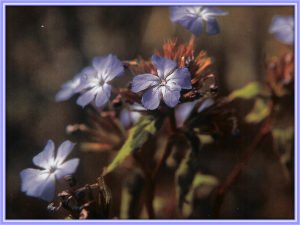 For Information on Evolutionary Astrological Readings or Bach Flower Remedy Evaluations with Me, Click Here