OUR SOUL’S EVOLUTIONARY JOURNEY THROUGH THE PLUTO/URANUS SQUARE

Tomorrow, November 1st, we’ll experience the 4th ‘exact hit’ of the energetic Pluto/Uranus square-dance which began back in June 2012.  The final ‘hit’ will happen on December 15th, 2014, but between then and now, we’ll continue to feel the intensity of these two planets as they tease each other with the energetic tension created between the waxing and waning of their orbits.  As I’ve said in previous posts about the energy of this configuration from an evolutionary perspective, there’s an urgent message for each of us that the Universe is trying to deliver.

Back in 2012 I welcomed the following guest post from Simon Bentley, Principal of the White Eagle School of Astrology, based in the UK.  As we are currently being inundated with the recent lunar eclipse in Aries, Mercury’s retrograde and extended stay in Scorpio, the forthcoming Solar Eclipse on November 3rd in Scorpio on top of this exact hit tomorrow, it seems more than appropriate to revisit Simon’s ‘take’ as to WHY the Universe is trying to get us on the line!  As Simon points out, the energetic and metaphorical signatures of Pluto and Uranus are about transformation.  Pluto brings to light those things which have been hidden in the dark that we need to bring to light and face while Uranus shatters that which is past its ‘sell by’ date and pushes for thinking, doing out of the box…new chapters and directions on our evolutionary path soulfully and collectively are waiting for us to go through the doorway.  As you’ll read through Simon’s words, evolutionary astrology is a powerful tool to help us along on this journey.

I wonder if we have ever stopped to think what the word [transform] actually means? Literally, the prefix ‘trans’ means ‘across’, so that ‘transformation’ comes to mean ‘moving across to another form’, and so, changing form. If we aren’t careful, we use this word very glibly, but looked at from a spiritual perspective it is a word of crucial importance, since we are constantly attempting to transform ourselves, change into a form suited to our current position on the spiritual path.

Eventually, we shall all learn to transform continuously, but until we reach such a point of evolution it tends to happen in fits and starts and is not always welcomed…Astrologers recognize that Pluto, despite the fact that astronomers ‘demoted’ it in recent years, is the planet that symbolizes this factor in our growth, and when it’s particularly strong in a horoscope one can be sure that there are significant transformational processes going on in the life.

At this time, Pluto tends to be manifesting in terms of those occurrences and changes in life that seem completely fated, over which we appear to have no control.  The ‘fits and starts’ mentioned above tend to bring to light some kind of major change, the closing of one chapter and the beginning of another, closely linked with Pluto’s action.   However, bearing in mind that every life, every incarnation of every soul, is part of the grand transformational process that eventually brings us to divinity, the significance of the word ‘transformation’ means far more in astrology than simply a reference to what Pluto may do. The whole of life is in some way transformational, and so it could be said that astrology is a science that illuminates the transformational process we call ‘life’. Astrologers are often called upon for advice when there are crises in life, turning points – moments of transformation, if you will.

Astrology can help the soul to understand the process and therefore to be less apprehensive about it and to handle it more harmoniously. Most of life’s problems, as well as often being the inevitable outworking of karmic patterns, are brought about by our tendency to resist this process: astrology, by at least attempting to explain it, helps to remove our all too natural tendency to resist.  This raises an interesting point, especially for astrologers themselves.

It has always been considered that the planet of our science is Uranus, and I would not dispute that, astrology is a Uranian occupation, revealing, as it does, spiritual truth and the action of the divine will in human life. However, if astrology is also an assistant to transformation, surely it is also Plutonic? Personally I have often suspected as much, and what I have found is that while astrology is undoubtedly Uranian, Pluto is commonly very active in the horoscopes of those who become professional astrologers.

As professionals they are called upon to help others to cooperate actively with the transformational process in their lives. But there are also implications for the astrologers themselves, and the origin of their vocation. They too are undergoing transformations in their own personal lives, and what they see and experience through their clients is part of their process as well.

The use of the wonderful tool we call astrology is always, therefore, a two-way experience; if properly accomplished it’s that classic win-win situation which we all like to achieve! The client is better enabled to cope with his or her transformation; the astrologer is transformed to a degree simply by doing the job and thus learning from the client. So we could say that astrology itself can be – and hopefully is – used to hasten this process and thus speed up evolution, both individually and, through that, of the whole world. 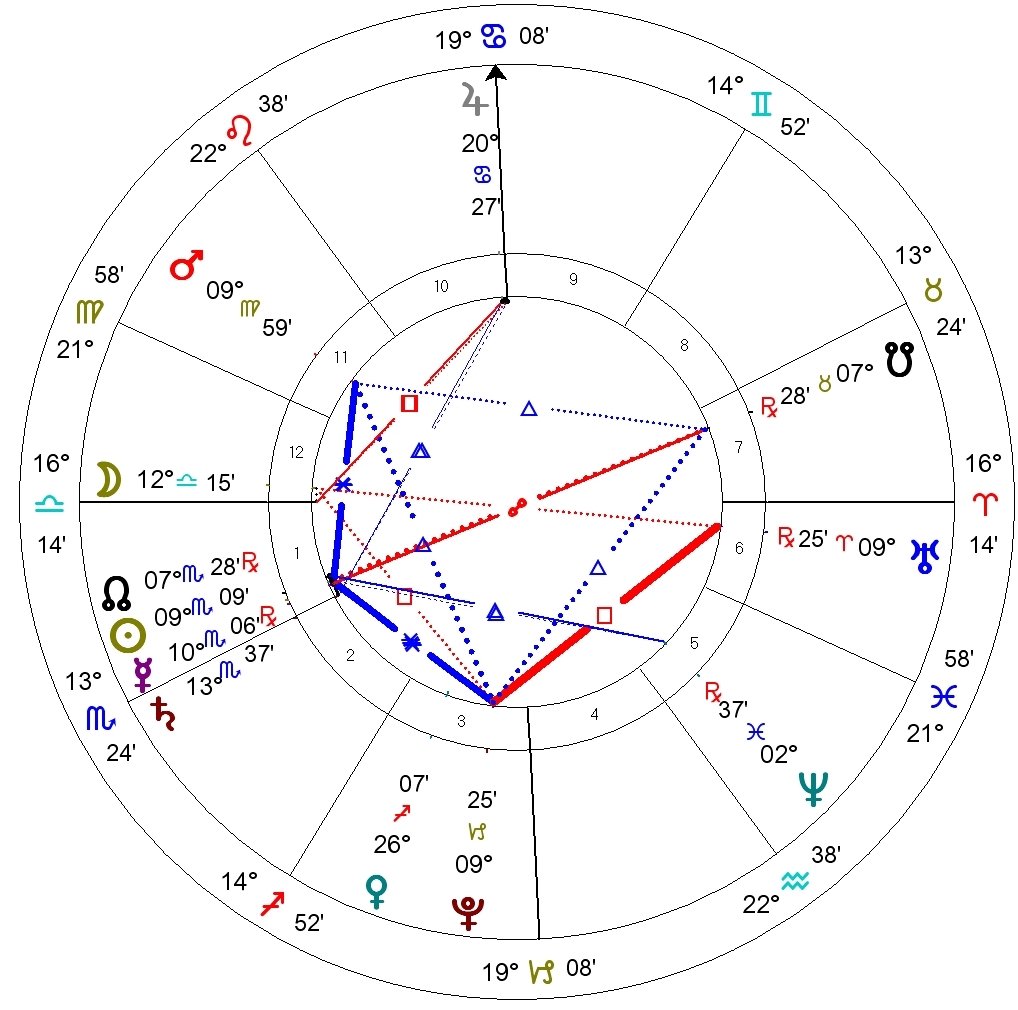 For Information on Evolutionary Astrological Readings or Bach Flower Remedy Evaluations with me, Click Here