WHAT OR WHO WAS BEHIND GLASTONBURY ABBEY’S GREAT FIRE OF 1184?

The Great Fire of 1184, which all but destroyed Britain’s oldest site of Christianity,Glastonbury Abbey,  is legendary.  For 900 years, myth and speculation have flourished as to the cause of this catastrophic event.  The majority speculation put forth by historians is that unusual winds on the morning of May 25, 1184 were responsible, causing an entry curtain to the ‘Holy of Holies’ in the ‘Ecclesia Vestuta’ (old church) to catch fire from burning candles.  Regardless of the cause, the initial sparks of flame combined with the high winds took the famous abbey to the ground in a matter of hours; it’s precious documents destroyed along with its treasures melted by heat and countless graves of monks, abbots and saints.

However, when I was researching this event for my historical mystery, ‘A Conspiracy of Ravens’, I discovered Adam of Damerham.  Adam was a 12th century monk who wrote a history of the abbey and where the Glastonbury fire is concerned, Adam had an entirely different theory as to its cause.   Following the death of the beloved Abbot Robert in 1178, King Henry II assigned the position of ‘Custodian’ to Peter D’Marcy, a Cluniac monk who had some kind of relationship to Henry.  Despite the desires of the Glastonbury monks for Henry to name a proper abbot, the king stalled.  With no abbot in place it gave the wily monarch direct access to Glastonbury’s wealthy treasury, a resource which Henry needed to finance his wars with the French. Thus, as a compromise, he named D’Marcy to oversee the Glastonbury community.

Unfortunately Peter proved to be very unpopular for a variety of reasons.  He nearly drove the abbey into the ground financially, was relentlessly diabolical in his scheming to manipulate his way to the abbot’s chair, not to mention suspicions that Peter  ‘compressed’ (as in eliminated) certain monks who were obstacles to achieving this goal. As an interim solution and effort to appease the monks, Henry then appointed Hugh of Avalon(who would later become Hugh of Lincoln, the most revered saint after Becket) to ‘supervise’ D’Marcy.  Things did not go well with this arrangement either.

By December of 1183, the hatred of D’Marcy was beyond rampant. Further to his other machinations, Peter lusted after the secret behind the zodiacal floor in the abbey’s ‘Holy of Holies, believed to contain Christianity’s deepest mystical mysteries.  In one final scheme to endear the monks to his cause of obtaining the ‘abbot’s chair’, D’Marcy, his mental state now suspect, planned a ‘faux mass’ on Christmas Eve in the ‘Ecclesia Vestuta.’  This blasphemous act was the last straw with the Glastonbury community and one can only imagine how the monks reacted.   Adam of Damerham speculates that in retaliation,  D’Marcy set fire to the abbey.  Interestingly, historians note that while he survived the fire, shortly afterwards D’Marcy died from ‘unknown causes.’ 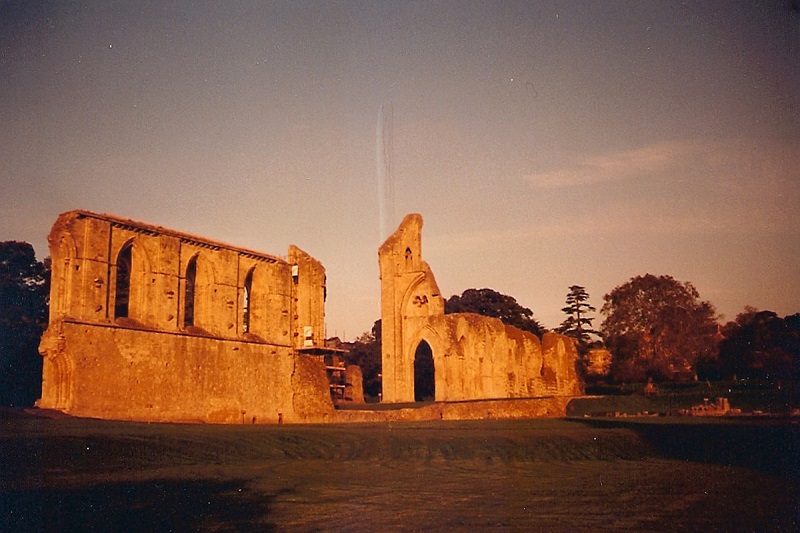 A Conspiracy of Ravens is the second book in my trilogy, ‘Flight Through Time’, represented by Peter Miller, Global Lion Literary Management. ‘A Flight of Doves’ is now in production

Additionally, for Information on Evolutionary Astrological Readings or Bach Flower Remedy Evaluations with me, Click Here